Over 485,000 individuals in Texas live with I/DD. We have 50 private rooms to support a handful of these adults. Because of the amazing residents we are blessed to care for and the generous support of donors, Noah’s House has had the following impact on its residents in 2021:
0
Healthy Meals Provided
0
Medical Appointments
0
Social Recreation Activities
0
Resident Wellness Activities
I'm ready to make an impact. Donate today.
* These statistics are from 2021 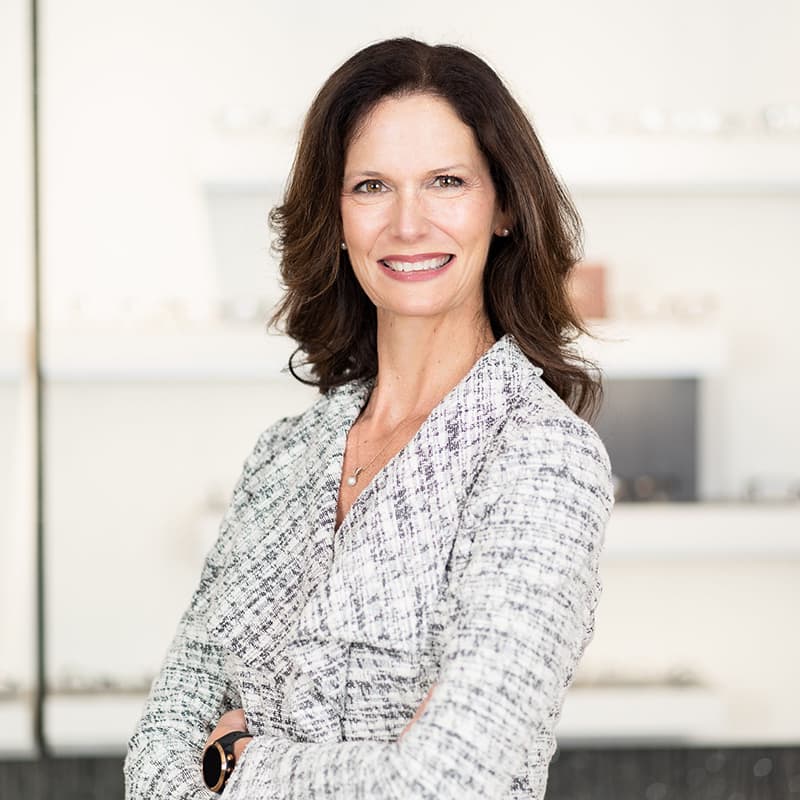 If you’re having a bad day, just walk over to Noah’s House. The residents will be sure to cheer you up!
Ann's Story

My brother, Doug, was born with an intellectual and developmental disability. When the place he was living in informed us they were closing, we were scrambling to find another home he could thrive in. Thankfully, a few staff who had supported my brother decided to open Noah’s House, where Doug became one of the first residents. He lived there for 23 years of his life. The only reason he no longer resides there is because he is older and has greater care needs.

I continue to financially support Noah’s House because it’s a home for people who often fall through the gaps. For many families, it’s the only cost-effective solution that provides a community and solid support system that helps their loved ones get jobs. People with special needs can have pride in the fact that they are creating their own home, living independently and contributing to the world through their work. That’s a beautiful thing.

The residents bless everyone who walks through the door. They are open hearted, loving, eager, friendly, and caring. If you’re having a bad day, just walk over to Noah’s House. The residents will be sure to cheer you up!

As a member of the Independent Giving Society (those who have a multi-year commitment of monthly giving), I’m hoping that my gifts of love make a world of a difference to others like my brother. My giving helps support the residents and sustain the organization. My hope is that others will give generously and become a part of the beautiful journeys Noah’s House makes possible for the residents. 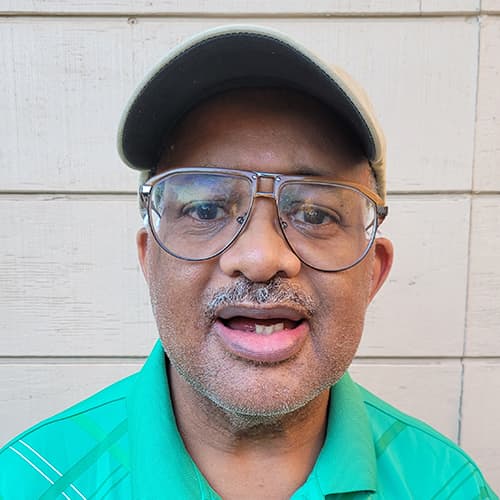 I’m really proud to say that I’ve been employed at Memorial Hermann since 2004! I am thankful that at Noah’s House I am really at home.
Robert's Story

I was born and raised in Houston, TX. In 2004, I was living by myself in a duplex. However, that year, my mother passed away and I decided to move into Noah’s House so I could be safer, in a community that cares for each other. What I love about Noah’s House is that there is a sense of family, security, and safety. I have structure that helps keep my life on track. The staff really looks out for us and helps us build a normal life by taking us to places that matter or are enjoyable, like church, shops, water parks and cruises. I am happy that I can continue my hobbies, like working on plastic models (tanks, armored cars, armored personnel carriers and military trucks) and watching classic live action and anime DVDs. My favorites are Gidget and Topper. I also really enjoy when I get to eat my favorite food, BBQ spareribs. It means a lot that they take us to and from work. In fact, I’m really proud to say that I’ve been employed at Memorial Hermann since 2004! I am thankful that at Noah’s House I am really at home. I can live independently, but surrounded with friends that care about me. 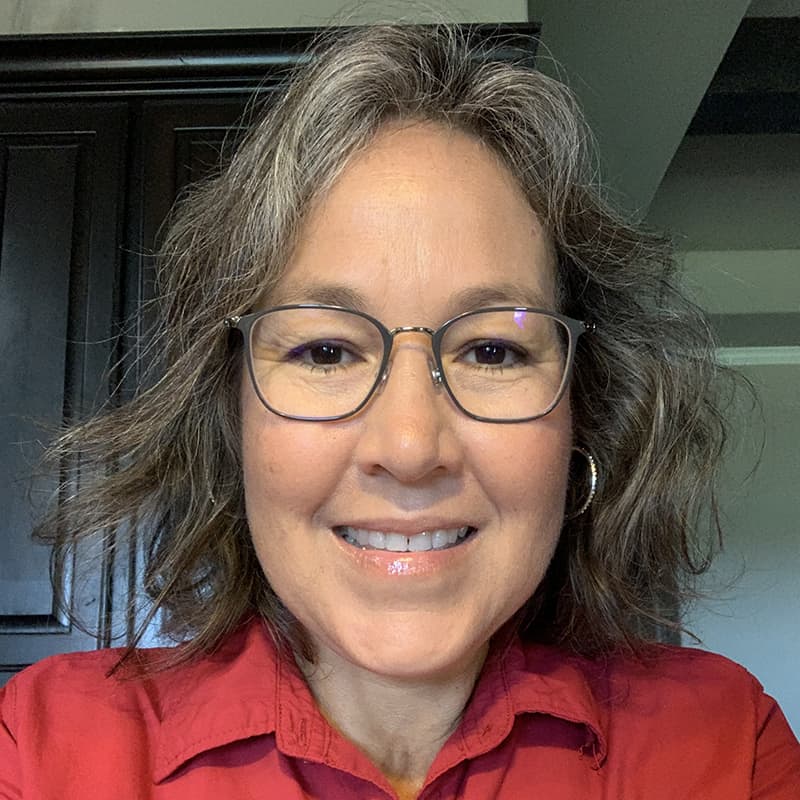 We are incredibly thankful to the generous community that sustains Noah’s House and hope that it will be here to help others like Craig.
Sharon's Story

After my brother, Craig, was injured, our family looked for a safe place where he could function up to his ability. It was important for him to be in a place where he could have a level of independence but also get the support that he needed. After doing much research into other options, we knew that Noah’s House was the best place for him.

From the very beginning, Noah’s House staff were committed to helping Craig in his quest to be employed and integrated back into society. They were truly encouraging of his dreams and goals, while being empathetic, thoughtful, and sincere. They really care about each resident as an individual. In fact, our family has peace of mind knowing that Craig is in an environment where he is accepted and loved as he is. He feels comfortable talking about his faith, which is an important part of his life. Everyone, from the kitchen staff, the drivers, the program staff, the office staff, to the residents are all so friendly and welcoming.

Not only has Craig been happily employed, but he has gained lifelong friendships in a beautiful community. He’s friends with everyone. That’s what he likes best about Noah’s House. It’s a fun environment where something is always happening to keep the residents involved and engaged with each other. Also – what is interesting is that so many residents take an interest in each other’s families. Whenever I visit, some residents will ask how my daughter (Craig’s niece) is doing.

Craig truly values being a part of the Noah’s House community, but he also values his work at Kroger’s where he works in the meat department. He doesn’t know a stranger and he enjoys talking with all of the customers that stop by the meat counter.

Despite his injury, Craig has found a way to have a meaningful life. We are incredibly thankful to the generous community that sustains Noah’s House and hope that it will be here to help others like Craig.

Here's How You Can Help

Many I/DD adults experience something that can be avoided: ending up homeless, living in a restricted environment or lacking opportunities for growth, fulfillment or independence. Be a part of helping I/DD adults avoid this path by getting involved today!

Your financial support keeps housing affordable and programs running and sustainable into the future.

Whether going on field trips, gardening, or offering encouragement, there are countless ways you can use your unique skill set to enrich the lives of residents.

Our residents are capable and motivated to earn a living. A job gives them a sense of purpose and gives you a reliable employee.